God and I can do this!

Once upon a time there was a bunch of tiny frogs.... who arranged a running competition. The goal was to reach the top of a very high tower.  A big crowd had gathered around the tower to see the race and cheer on the contestants....

The race began.... Honestly,  No one in the crowd really believed that the tiny frogs would reach the top of the tower. You heard statements such as:  "Oh, WAY too difficult!!" "They will NEVER make it to the top."
or: Not a chance that they will succeed. The tower is too high!" The tiny frogs began collapsing. One by one.... Except for those, who in a fresh tempo, were climbing higher and higher.... The crowd continued to yell, "It is too difficult!!! No one will make it!"

At the end everyone else had given up climbing the tower. Except for the one tiny frog who, after a big effort, was the only one who reached the top!

THEN all of the other tiny frogs naturally wanted to know how this one frog managed to do it?

A contestant asked the tiny frog how he had found the strength to succeed and reach the goal?

The wisdom of this story is:

Never listen to other people's tendencies to be negative or pessimistic.... because they take your most wonderful dreams and wishes away from you -- the ones you have in your heart!

Always think of the power words have. Because everything you hear and read will affect your actions!

Therefore: ALWAYS be.... POSITIVE!  And above all:  Be DEAF when people tell YOU that you cannot fulfill your dreams! Always think: God and I can do this!
No comments:

Email ThisBlogThis!Share to TwitterShare to FacebookShare to Pinterest
Labels: God and I can do this

The problem may not be with the other one as we always think, could be very much within us.. 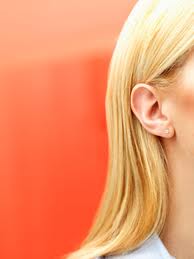 A man feared his wife wasn't hearing as well as she used to and he thought she might need a hearing aid.

Not quite sure how to approach her, he called the family Doctor to discuss the problem.

The Doctor told him there is a simple informal test the husband could perform to give the Doctor a better idea about her hearing loss.

Here's what you do," said the Doctor, "stand about 40 feet away from her, and in a normal conversational speaking tone see if she hears you.

That evening, the wife is in the kitchen cooking dinner, and he washing the den. He says to himself, "I'm about 40 feet away, let's see what happens."

Then in a normal tone he asks, 'Honey, what's for dinner?"

So the husband moves to closer to the kitchen, about 30 feet from his wife and repeats, "Honey, what's for dinner?"

Next he moves into the dining room where he is about 20 feet from his wife and asks, Honey, what's for dinner?"

Again he gets no response so,

He walks up to the kitchen door, about 10 feet away. "Honey, what's for dinner?"

Again there is no response.

Moral of the story:

The problem may not be with the other one as we always think, could be very much within us..

"Try and Fail, but don't fail to try"
No comments:

Email ThisBlogThis!Share to TwitterShare to FacebookShare to Pinterest
Labels: "Try and Fail, but don't fail to try"

Success is dependent upon.....

"Success is dependent upon the glands - sweat glands" ---- Zig Ziglar
No comments:

Email ThisBlogThis!Share to TwitterShare to FacebookShare to Pinterest
Labels: "Success is dependent upon the glands - sweat glands"

"To open a Shop is easy, to keep it open is an art"
No comments:

Email ThisBlogThis!Share to TwitterShare to FacebookShare to Pinterest
Labels: to keep it open is an art, To open a Shop is easy
Newer Posts Older Posts Home
Subscribe to: Posts (Atom)